My first real experience with the world of virtual reality began with the Virtual Reality Modeling Language (VRML). While everyone else was learning something called the Hypertex Markup Language (a.k.a., HTML) I took the esoteric route. At the time I was working as a technical writer for Network Equipment Technologies (net.com) in

Redwood City, California. While there I wanted to use VRML objects embedded in customer help files (HTML) to enhance the online help experience. My supervisor at the time was not too enthused at the potential. Ironically my published article was chosen as the cover article for InterCom magazine. InterCom was the (at the time) printed magazine sent out to over 200,000 Society for Technical Communication (STC) members worldwide. Yeah, that officially makes me a hard-core nerd. 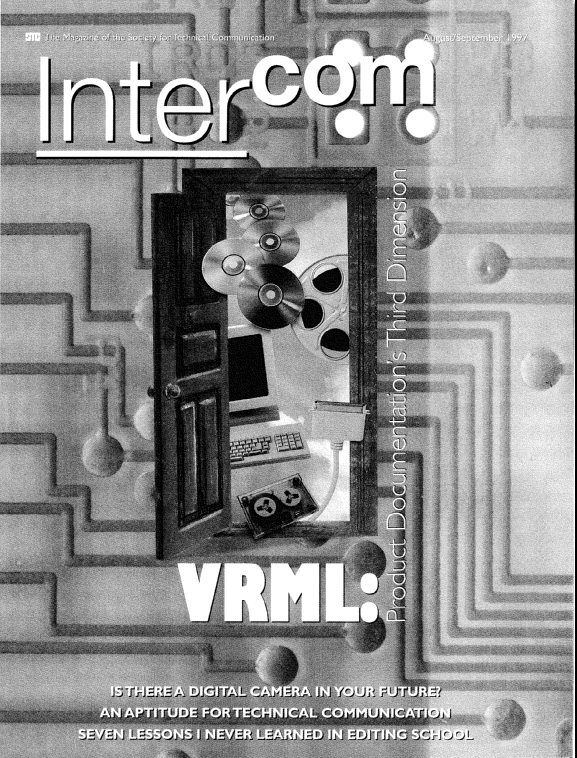 My article made the cover for InterCOM magazine

It was nice getting the exposure that the article afforded me and one of my best compliments was when an STC member emailed me and said that my article was much easier to understand than the best selling book on VRML at the time. Over the years I wandered into the Second Life virtual reality community. That is where I cut my teeth on basic virtual reality experiences and other sub-cultures. It was a new and exciting time for VR. Second Life was becoming more and more popular and only limited by internet bandwidth and the capacity of your PC’s graphics card. Also, in Second Life, I was introduced into an early version of electronic money called “Lindens”. Funny how that exposure would make me more open to exploring something called cryptocurrencies later in life. Nothing like a little foreshadowing! Soon after my exposure to Second Life I enrolled in a University of Washington Certificate in Virtual Worlds. I finished two of the three required courses, but due to a heavy work load did not enroll in the third and final class. But it was probably a good thing as the program was shut down in 2011. It was a fun program and I learned quite a bit and have the videos to prove it (see below).

I have experience with several virtual worlds and scenarios